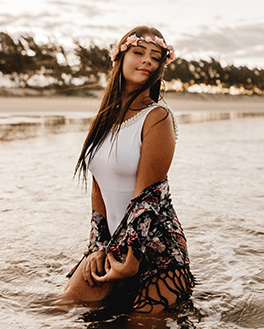 get updates on my life

It’s been a hot minute since I posted on Girlxoxo.com – but I’m back betches!!! It’s the last weekend in April and we yesterday we had a snowstorm in the Mid-West! Life – it’s crazy! Here are some of the things I did / read/ saw / thought recently.

ONE+ I spent the week Carlsbad, California for work, and it was magical to be at the beach after a long, hard winter. It definitely put me in the right headspace for the next few months as I was able to meditate and completely tune in to what I was feeling, doing and wanted to do in the next few months.

TWO. I was really disappointed in the audiobooks I dowloaded for the flights, so instead I watched Season 1 of The Order on Netflix. It was OK – not great, but decent. Has anybody else watched that show?

THREE+ And for audiobooks, the SYNC’s Summer 2019 FREE AUDIOBOOK dowloads has started. SYNC is a free summer audiobook program for teens 13+. Starting April 25, 2019, SYNC will give away two complete audiobook downloads a week – pairs of high interest titles, based on weekly themes.

FOUR+ In bookish awards news, The Pulitzer Prize for Fiction has also been announced. It was awarded to The Overstory, Richard Powers – have you read it yet? And here’s What Pulitzer Prize-Nominated Books Should You Read First – according to the NYTimes.

FIVE+ Also, The Mystery Writers of America announced the winners of the 2019 Edgar Awards. I read and loved Down the River Under the Sea, Walter Mosley, which won for Best Novel.

SIX+ For my next work trip – it’ll be a 5 hour drive. I’m looking for a good thriller to listen to on the journey, and I saw this list of 5 Twisty Thrillers with Gasp-Worthy Endings … I’ve already read The Silent Patient, Alex Michaelides – have you read any of the others?

SEVEN+ And for travel, I just got the cutest travel kit and luggage tags from TJ Maxx,

EIGHT+ What do you think about A case for having activities instead of hobbies? I definitely agree – of course, you can also have / do both!

NINE+ How do you Balance All the Forms of Entertainment? One of the reasons I haven’t given podcasts much of a chance is because I listen to a lot of audiobooks and don’t think I can find time to do both!

TEN+ In my quest to make my phone do every damn thing, I came across Everyday Apps for Everyday Life and The Most Used Apps on my iPhone … more apps – for me to try out.

ELEVEN+ When I travel all week long, I like to veg out with the fam on the weekends, and board games are our thing. I’m always on the lookout for recommendations and got some this week from These Are the Best Games for a Grown-Up Game Night and Favorite Two Player Tabletop Games.

TWELVE+ And finally, I’m saved a bunch of things from A Round up of the best Shark Tank products to buy.

What’s one app you use all the time? I’ve been using Google Keep a lot lately to make lists – of everything!