Space opera is a subgenre of science fiction that emphasizes space warfare and melodramatic adventure, and often risk-taking, inter-planetary battles as well as chivalric romance. Dude – action and romance in outer space – what could be better than that! Here are 3 of my recent reads that even you non sci-fi loving peeps (like myself) will enjoy. 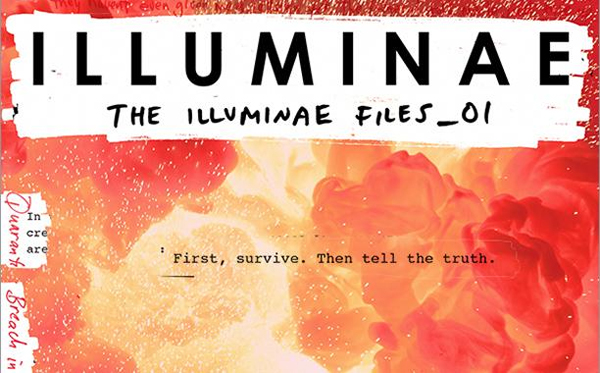 Illuminae tells a story through a range of data files – interviews, chat logs, surveillance footage and the thoughts of AIDAN, an A.I. computer. Listening to the audiobook is the way to go because it helps you feel the words and really experience the space drama.

The year is 2575, and two rival mega-corporations are at war over a planet that’s little more than an ice-covered speck at the edge of the universe. Too bad nobody thought to warn the people living on it. With enemy fire raining down on them, Kady and Ezra—who are barely even talking to each other—are forced to fight their way onto an evacuating fleet, with an enemy warship in hot pursuit.

There are so many issues thrown in Ascension that it could have been a hot mess, but it all worked together and flowed beautifully. Alana, the main character, is just about the most diversely written main character I’ve read about this year – she’s black, gay and has a chronic illness, and tends to fall in love with the ships she works on!

Alana Quick is the best damned sky surgeon in Heliodor City, but repairing starship engines barely pays the bills. When the desperate crew of a cargo vessel stops by her shipyard looking for her spiritually advanced sister Nova, Alana stows away. But the Tangled Axon proves to be more than star-watching and plasma coils. The chief engineer thinks he’s a wolf. The pilot fades in and out of existence. The captain is all blond hair, boots, and ego … and Alana can’t keep her eyes off her.

I’ll admit I didn’t LOVE Ancillary Justice like most people seemed to do. It’s included on this list because it won a ton of book awards, so there might be something I’m missing.

On a remote, icy planet, the soldier known as Breq is drawing closer to completing her quest. Once, she was the Justice of Toren – a colossal starship with an artificial intelligence linking thousands of soldiers in the service of the Radch, the empire that conquered the galaxy. Now, an act of treachery has ripped it all away, leaving her with one fragile human body, unanswered questions, and a burning desire for vengeance.

Do you have a favorite space opera book to recommend?

About the Author / Tanya Patrice

Kim here. Reading this summer was slow for me, but what I did read was really good. It seemed I didn’t read a bad book all summer!...

Confession time. As someone who talks up audiobooks constantly and is always trying to get my friends and family to try them, I’ve...

6 Book (D)uets For Your Reading Pleasure

Here are some of our favorite recently read books and their readalikes. (Visited 51 times, 1 visits today)...

The Autumn season is one of our favorites for reading. It’s just so cozy and amicable, then settling in with a good book and a cuppa...